It’s time to get this listing party started. I don’t think anyone actually cares, but I still love making these. Let’s start with my favourite songs of the year. I didn’t spend ages on this one, because that album of the year list is going to take a huge amount time. The top three are obvious and I kind of agreed on them (with myself) a long time ago. The rest of the spots might look totally different on another day, because I think I could easily come up with 50 songs that I really loved during the year.

10. The Slim City Pickers – About Love

Canadian country rockers, The Slim City Pickers can do the honors and get this ball rolling with their gorgeous song called About Love. This might be rather obscure choice, but I love this simple song so much. One of the most enjoyable things I’ve heard this year.

9. Ryan Tanner – Days To Think Of You

Ryan Tanner’s Together Is Where We Belong album is maybe a little too long, but contains a lot of magical moments. One of them is this sweet little tune Days To Think Of You that will gently destroy you. It’s so subtle, warm and beautiful heartbreaker. Oh how I love the arrangements and those harmonies. Actually it doesn’t destroy me, it makes me whole.

I had some doubts about the new Strand Of Oaks album. I loved half of it, but it had some songs (or should I say some arrangements) that I wasn’t so sure about. However, this Jason Molina tribute JM is just stunning and it took my breath away.

Caleb Caudle’s wonderful album Paint Another Layer On My Heart has 3-4 excellent candidates for this list, but I had to go with this magnificent ballad Miss You Like Crazy. That moment when Caleb sings the lines “if the lord takes you first / he better takes us both / because I miss you like crazy” might be the most touching moment on any song this year.

I’m a huge fan of Ian Kehoe aka Marine Dreams. His 2014 album Lemon Tree wasn’t as mind-blowingly awesome as his 2013 album Corner Of The Eye, but it sure is another good one. And it of course contains this amazing pop song called Constant Love.

I haven’t even featured Parker Millsap here, because I just ordered a copy a couple of weeks ago and it hasn’t even arrived in the mail yet. But I’ve been spinning it on Spotify and have already fallen in love with it. At The Bar (Emerald City Blues) is probably my favourite, because I’m indeed a sucker for sad songs as well.

I Was A King’s new album wasn’t all about sweet pop harmonies, but I loved their pop songs the most. Oslo Share and Bygdoy 30 are heavenly good pop songs. Either one would be a good pick from these Norwegian heroes, but I’ll go with Oslo Share this time around. 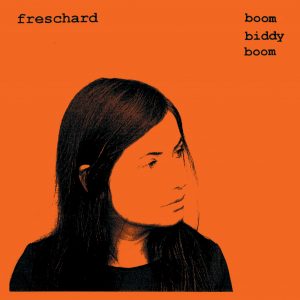 Well I guess this is actually 2013 release. It came out in December 2013. But it’s my blog and my listing rules and I don’t have the heart to leave this out, because this was the year of Freschard for me. I fell in love with her music earlier in the year and I became really addicted to her albums Boom Biddy Boom and Shh.. This song Cheese and Crackers is the loveliest earworm I can think of. This song has been continuously playing in my head for months and I don’t even want to get rid of it (even though I don’t even actually like cheese and crackers). I love it with all my heart. Who wouldn’t? This song is totally irresistible and super catchy.

1. J.E.Sunde – A Blinding Flash Of Light

The Avett Brothers: I and Love and You