Favorites from the 20 Years of Onechord.net – Final Part

Carrying on with posting some song and music video favorites from the 20 years that I’ve been making Onechord.net. Here’s the link to the monster playlist, because I don’t have the time to write a post about everything.

One more back to basics kind of part in this 20 year favorites story. There’s a million and one thing that I didn’t go through, but there’s probably no need for that anyway. There’s that playlist above and the blog archives if you want to dig deeper. Vacation is coming to an end and I need to get back to the new stuff to wrap up this birthday week with a new music weekly.

We’ll start with my all-time favorite band (or is that The Posies) The Sugarrush. Also probably the band most responsible that this website exists. So if you love or hate this, thank or blame them. The particular music video Stereo below predates the blog and it’s more like part of the foundation of the blog. It’s an outtake from their 2001 album Mirrorball Ballerinas. So I kinda started this blog in 2001 at least partly because I loved them and the next time they released a full-length album was 2020 when High Status came out (which they recorded about ten years earlier, but it took a while for them to release it). Bastards. Haha. The second song Yeah is an outtake from this album.

Next stop Nakkila, Finland and one of the best bands Finnish bands ever. I’m of course talking about Penniless. Here’s Hail of Bullets from their 2010 album A Cab to the City. Definitely one of the best Finnish albums released during these 20 onechordnet years.

More Finnish indie perfection. This is a classic Mummypowder single Don’t Hold Your Breath from their fabulous 2004 album Consternation! Uproar!. 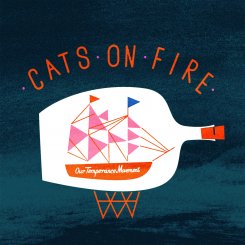 Cats on Fire can do the honors and wrap this nostalgic part of this story. During my biggest indie pop years, they were the best band in my world. I love them with all my heart and still genuinely feel like that they were just as great as any of their foreign colleagues.

Mariel Buckley - Everywhere I Used to Be